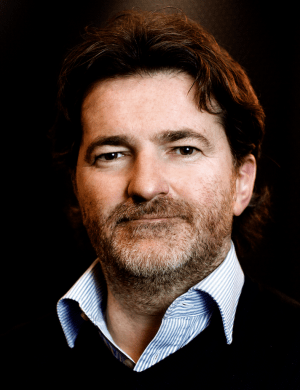 Born and raised in Parabiago, Milan, Italy (was the last century!) where my grandfather once could have made a nice pair of shoes for you (literally) .

Married with Romina and moved the same day to Mozzanica, “Bassa Bergamasca”, 40 km east of Milan; two children (Giorgia and Alessandro), a lemon tree and a year spent working (and having fun!) in Philadelphia, PA, USA. Mountainbiker on Sunday, passionate about technology -budget permitting.

“Luca is the sale Manager that everyone will want in their team. He’s smart, with a very good technical knowledge and great interpersonal skills. In my opinion its technical background and passion are his major strengths: he knows very well what is selling and is very fast to identify what is interesting for the customer. During this years in Sourcesense has been a pleasure to work with him”.

May 8, 2013, Alessandro worked directly with Luca at Sourcesense

“Luca is a very talented guy that brings passion and fun during the work activities. He is not only a sales person, but it is a brilliant technician and that’s why he reaches many of the prefixed sale goals. I was impressed by some meetings had with Luca and some of our customers where he found a way to collaborate going closer to the customer but in a very innovative way….more”

“As a colleague Luca is generous, informative and fun. As a sales guy he is tenacious, insightful, reliable and focused. His grasp of technology is both broad and deep and he has the energy and commitment to share it with any audience in an engaging dialogue – and with a great sense of humour. Real pleasure to have worked with you Luca, thank you for all your support”.

“I had the opportunity to work with Luca many times. He’s a smart guy, responsive and commited to results”.

“It was a pleasure to work with Luca, I truly appreciate his professionalism, expertise and positive attitude in every situation”.

“It is a genuine pleasure and honor for me to recommend Luca . He worked with me at Terasystem. During Luca’s service with us I admired him for his many valuable qualities, and regarded him with evermore respect. Very goal oriented, Luca was always punctual, yet easygoing. He is dedicated to his work and the job at hand”.

“Luca combines great learning ability, curiosity and the best of street-smart selling allowing him to have great success in the high-stakes sale. He’s a great professional in the sales of technology and excellent business partner”.

“I recommend Luca for high level technological Sales Organizations for his high skill level, a great experience in IT and for his excellent understanding of customer needs, He is able to manage complex deals”.

“Luca have very strong competence in all the ICT sector and he is very able to speak, and to transfer to the customer complex argument and project. He have remarkable analysis abilty and he understand the real customers needs and traduce it in business”.

“Luca is both a technical expert and an excellent team player. His years of technical experience, combined with his enthusiasm for learning new technologies, enabled him to implement an automated procedure to install the Lotus Notes client on over 13,000 desktop machines”.

October 9, 2007, Dana worked directly with Luca at Rohm and Haas

“Luca learned the technical details of deploying the Lotus Notes Client and designed and wrote an automated script to deploy and configure the client on user workstations. Luca demonstrated mastery of a wide range of technical skills to complete this project including Visual Basic, Windows 2000, SQL Server, Active Directory, Scripting and Lotus Notes. Luca is self motivated…more”

“Luca is an extremely skilled person, both in the technical area and in developing interpersonal business relationships. He’s always up-to-date on the latest technological developments and very fast at learning and mastering them. A great asset for anybody”.

September 26, 2007, Roberto worked directly with Luca at Rohm and Haas

IT Manager, Rohm and Haas

“Luca is very efficient and open-minded. He has a strong knowledge in his specialization domain and always happy and available for cooperation. I will recommend him without hesitating”. 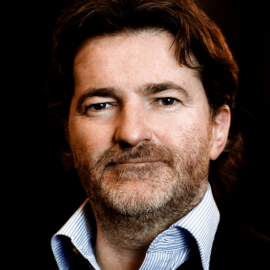